Each civilization has a different number of Paths, According to their real historical characteristics.. For example the Egyptians New Kingdom have 4 Paths, Administration, Religion, Military and Architecture: 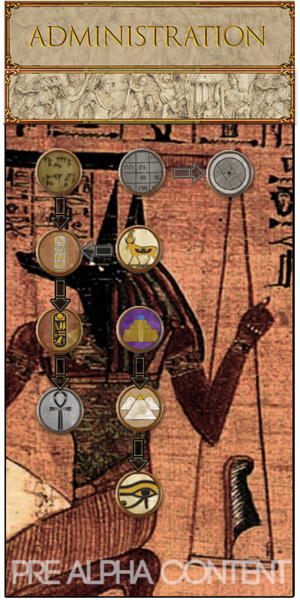